Welcome to CCBE | About | History

In September 1960, during a boat trip on the Rhine for a congress of the Union Internationale des Avocats (UIA) in Basel, Switzerland, UIA participants discussed the need for a representative body that would act in the interests of lawyers before the European Economic Community (EEC). European lawyers had perceived a significant threat to the independence of their profession since the founding of the EEC in 1957. Given this perception, an “agreement-in-principle” was obtained on board the boat by the presidents of the bars to establish a body of representatives from the then-six EEC Member States. The delegations adopted the lengthy name of: “The Consultative Committee of Bars and National Associations of the Six States of the EEC (gathered by the UIA)”, which was eventually simplified to the “Council of Bars and Law Societies of Europe”, but retained the French abbreviation, “CCBE”. 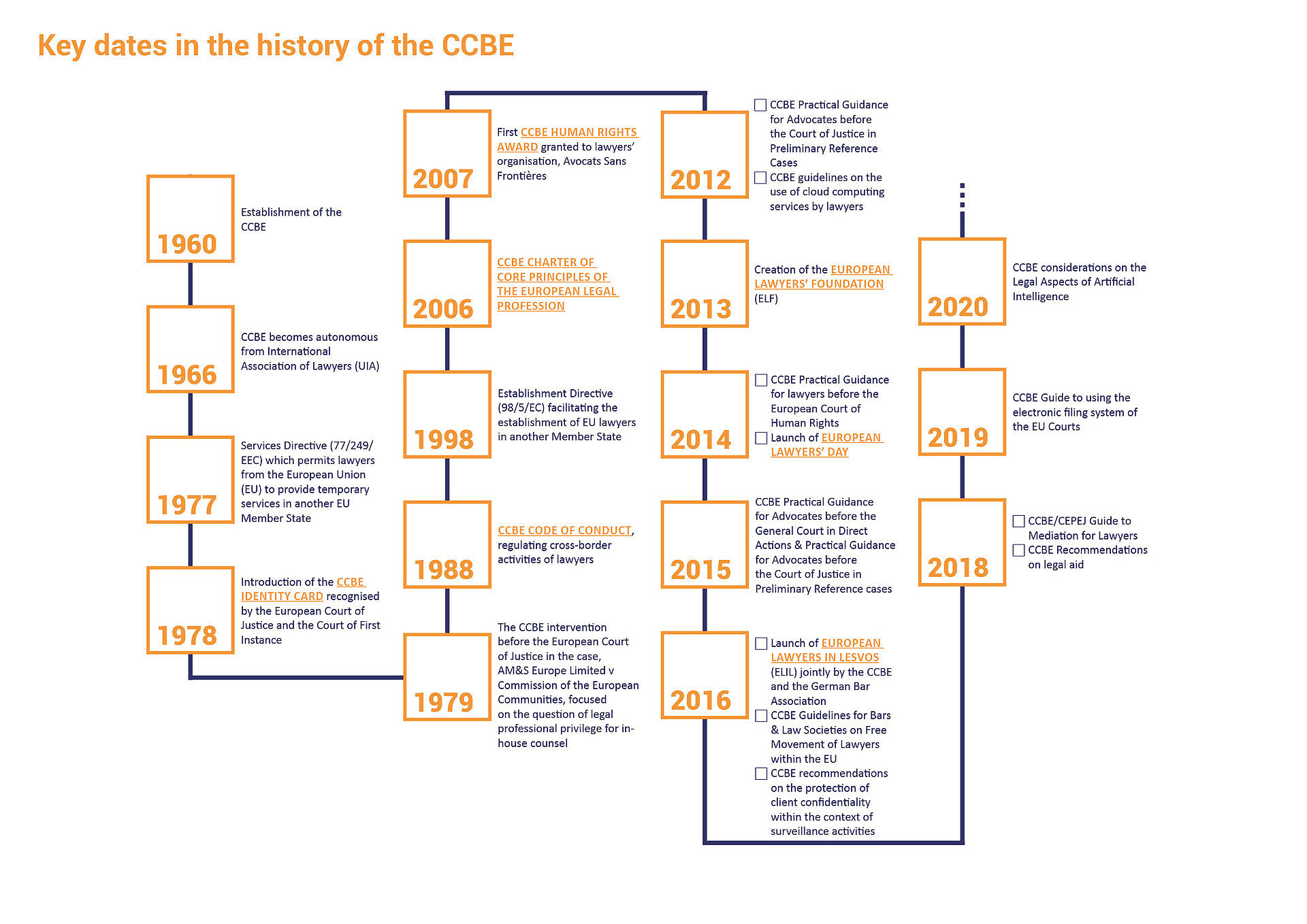 For detailed information, read The History of the CCBE (2005).